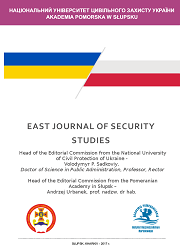 The article analyzes the main programs in the field of reforming the housing and communal services of Ukraine, which form the basis of regulatory mechanisms of state administration in housing. An attempt is made to establish their effectiveness in improving public administration in the housing and communal sphere, the main reasons for the ineffectiveness of such programs in the context of implementation on the basis of comparative analysis. It is assumed that the main problematic aspect is the separation of the proposed reforms from the general reforms of public administration in the country. The study of the housing sector in the context of crisis management allows us to make assumptions about the ineffectiveness of instruments and mechanisms of state regulation. One of the basic are regulatory mechanisms. Among the means of legal regulation should be noted National programs, on the basis of which throughout the independence of Ukraine carried out state regulation of housing, so they also indicate the effectiveness or inefficiency of public policy in housing and communal services, based on them formed relevant regional and municipal programs. They reflect the state policy in the industry and form the conditions for the introduction of other instruments of state intervention, determine the "rules of the game" in the market of housing and communal services and others. The real state of functioning of housing and communal services, its further development or on the contrary - strengthening of the crisis phenomena depends on it.

Thus, although the mechanisms for their implementation were well-founded, at the same time they proved difficult to implement due to the lack of an adequate funding system at both national and local levels. Therefore, the article focuses on the consideration of housing development programs at the local level, analyzes the main elements of these programs, the study is related to the analysis of foreign experience, which outlined the elements of the housing reform model in France, Germany and other European countries, its’ ability to be adopted in Ukraine.

How to Cite
Bizonych, D. (2020). NORMATIVE AND LEGAL BASES OF STATE REGULATION OF HOUSING AND COMMUNAL MANAGEMENT. EAST JOURNAL OF SECURITY STUDIES, 6(1), 198-216. Retrieved from https://ejss.nuczu.edu.ua/index.php/ejss/article/view/73
Issue
Vol 6 No 1 (2020): East Journal of Security Studies
Section
All Articles

Obs.: This plugin requires at least one statistics/report plugin to be enabled. If your statistics plugins provide more than one metric then please also select a main metric on the admin's site settings page and/or on the journal manager's settings pages.
Open Journal Systems
Current Issue
Make a Submission
Language
Information